KEEPERS OF THE MASER

The complete epic saga in one book! 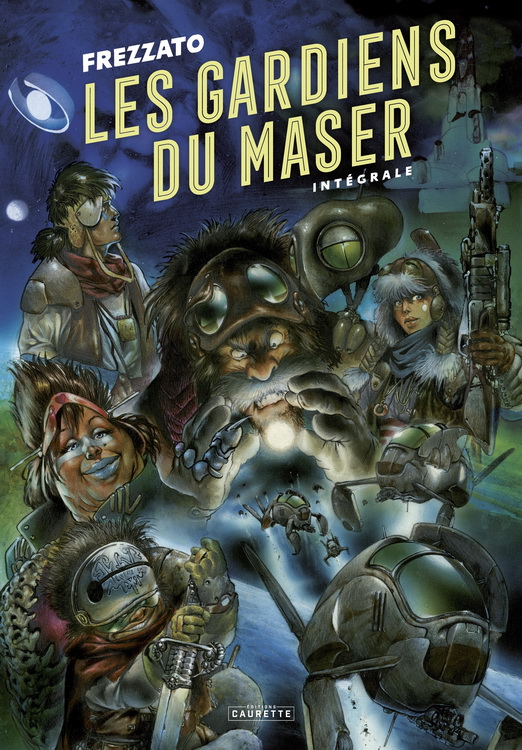 Kolonie. A forgotten world, a desert of water that used to be a paradise, populated by a few humans whose memory has been taken away by years of war and ignorance. On this hostile planet, a man is looking for the Tower, their only chance to bring life back to Kolonie. But the obstacles are many, and time is running out… 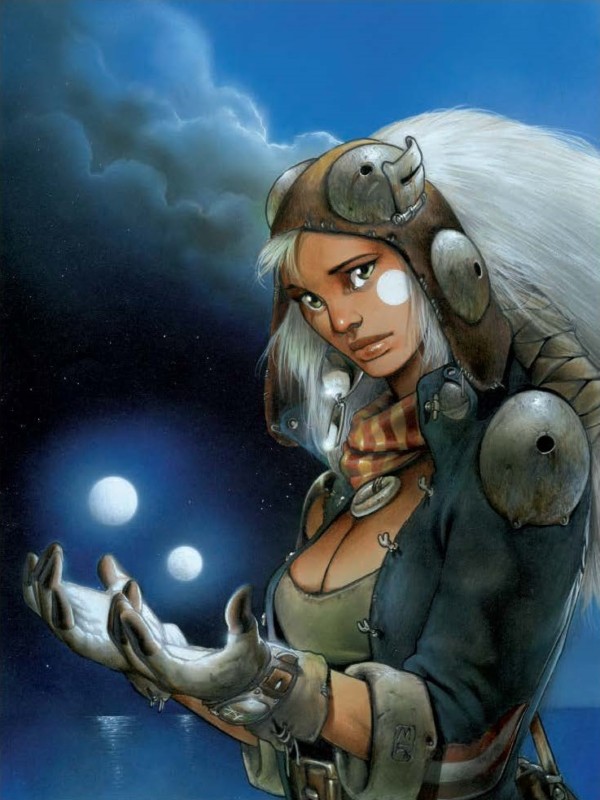 A thrilling journey in a crazy universe…

In December 1996, La Deuxième Lune, first opus of the saga, is published. At this time, this new comic album, made with direct colors, was like a bomb thrown in the comic industry. From the first pages, the singularity of the artist explodes and takes us in a universe to be discovered step by step… for our greatest pleasure!

For the insiders or the outsiders, for the crazy ones or the wise ones, for the curious ones, for the indifferent ones… Frezzato has known or will know how to win you over!

His drawing style, inspired by Moebius, Enki Bilal, Tanino Liberatore and even Hayao Miyazaki and Katsuhiro Otomo,  est très emprunt à la science-fiction et à l’héroic fantasy. But we will let you see for yourself!

Massimiliano Frezzato was born in Torino in 1967. He began to draw at an early age and had his first work published when he was 17. He worked for the advertisement industry for some years but came back to comics in 1995 when he began to work on the “Gardiens du Maser”, a saga that will keep him busy for more than 10 years!

The saga was first published in France by USA Editions  between 1996 and 2005. In 2009, Desinge & Hugo & Cie divided in in two trilogies. Alas, this version was no longer available for quite some years due to a disagreement between the author and the editor.

The organisation of a great exhibition about Frezzato’s work in Summer ’18 (17/06 – 14/10 massimilianofrezzato.com) pulled the trigger to bring his work back to life.

The previous translation of “Guardians of the Maser” was a bit… (sorry Nikita!) blurry. But today, Caurette Editions are really happy to present a new French version, revised by the author. We hope it will make this work more accessible for everyone since this science-fictionsaga, set in what seems to be a traditional/post-apocalyptic world, is also a complexe universe with a strong scenario that won’t stop surprising you!

Cherry on the cake: this version was made from new scans of the original plates that allow us to see all the genius of Frezzato’s art! 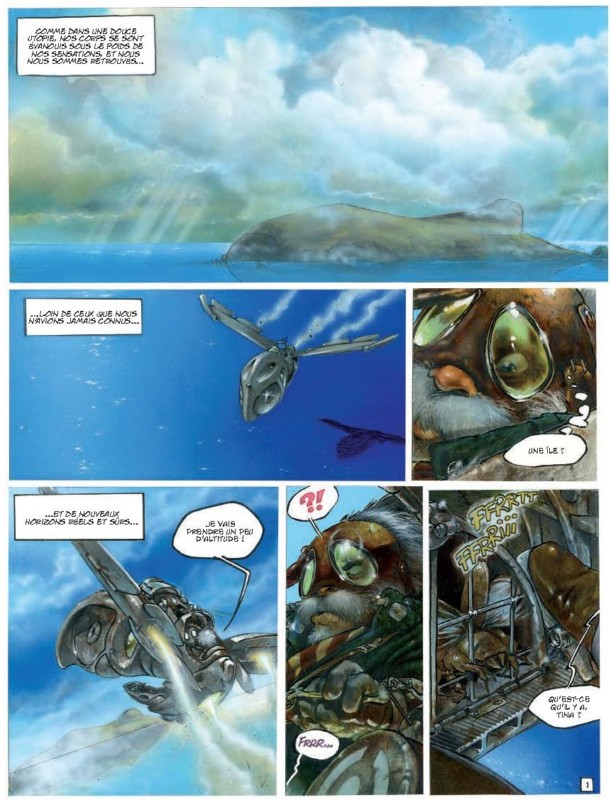 On planet Kolonie, some humans spread here and there, are trying to survive. Few of them still remember the era of the “Great Splendor”, that time before the war between men and dwarfs, these genetically modified workers who also wanted to enjoy this paradise planet.

In this far-away land, a race against the clock has began. There is almost no time left to find the Tower, their only chance to stop the curse that threatens their world.

Zerit boarded his aircraft to save Kolonie. His journey will be full of obstacles, incredible friendships, unforgettable encounters and dramatic revelations… but, will he be able to get there in time?