It's a Christmas miracle: as you may have noticed, the site hasn't been updated for several months, and for a good reason... a nasty bug prevented us from accessing it despite all our efforts. Anyway, it's FINALLY fixed, so we've got a lot of things to catch up on, new books to tell you about, and a lot of projects in the pipeline... We're really happy to finally be able to speak again :) See you soon and MERRY CHRISMAS Jean-Christophe and the whole Caurette team

It happened on Sunday January 23rd 2022, early (god knows he liked to start his days early). Jean-Claude Mézières has gone to reach the stars, the same stars he so brilliantly drew for more than 60 years. For those who don't know him, Jean-Claude Mézières was, amongst many other things, Valérian (and of course Laureline's) unforgettable drawer. He was also a cow-boy. A true one. Once you saw him on an old Super-8 film from the 60s, lassoing calves, you could only realize that, when Giraud-Mœbius took him as an inspiration for the endpaper of Blueberry, he was damn right to do so. Jean-Claude was, above all, a friend who has gone and leaves behind a huge void. Bon voyage JC, you really suck! Jean-Christophe Caurette 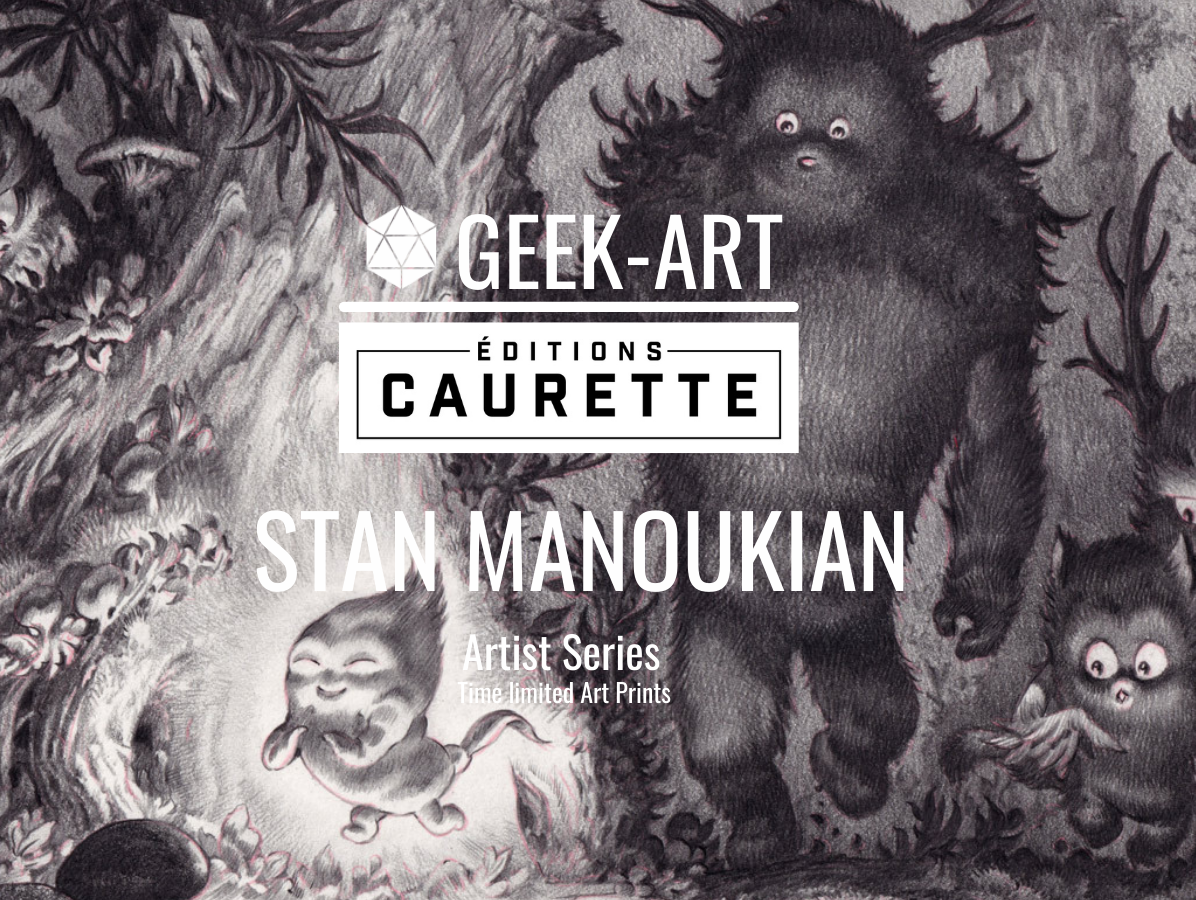 Today's Friday, and what a day! We decided to be extra generous and prepare two amazing new projects to share with you in just one day! If, like us, you fell head-over-heels in love with Jörg Asselborn's work, you'll be pleased to know that a Kickstarter campaign dedicated to the translation of his artbook, Ce qui reste du voyage, just got started! Furthermore (yes, it can get better than that), the translation will be done in English AND in German! That way, even more of us can enjoy coming along on Jörg's journey... KICKSTARTER CAMPAIGN RIGHT HERE Our second TALP (Time Limited Art Print) with our colleagues and friends at GeekArt is live! This new art print, which follows Le Palais

And back to work we go! Summer was great but we have plenty of projects that can't wait!😁 Yesterday, we celebrated the arrival of two of our books in French bookstores: Worlds by an internationaly claimed master of concept art, Raphaël Lacoste. We owe him the visuals of a small, not very well-known video game... Assassin's Creed! Anyone? This book is the perfect collection of wonderfully drawn landscapes, straight from the artist's imagination. Some were used for sci-fi book covers, others are from the many video games on which Raphaël has exercised his style, but Worlds also includes plenty of exclusive content, so don't miss out! This second version, close to the first 2018 edition, is THE perfect gift for concept art and video games amateurs (just sayin'...). 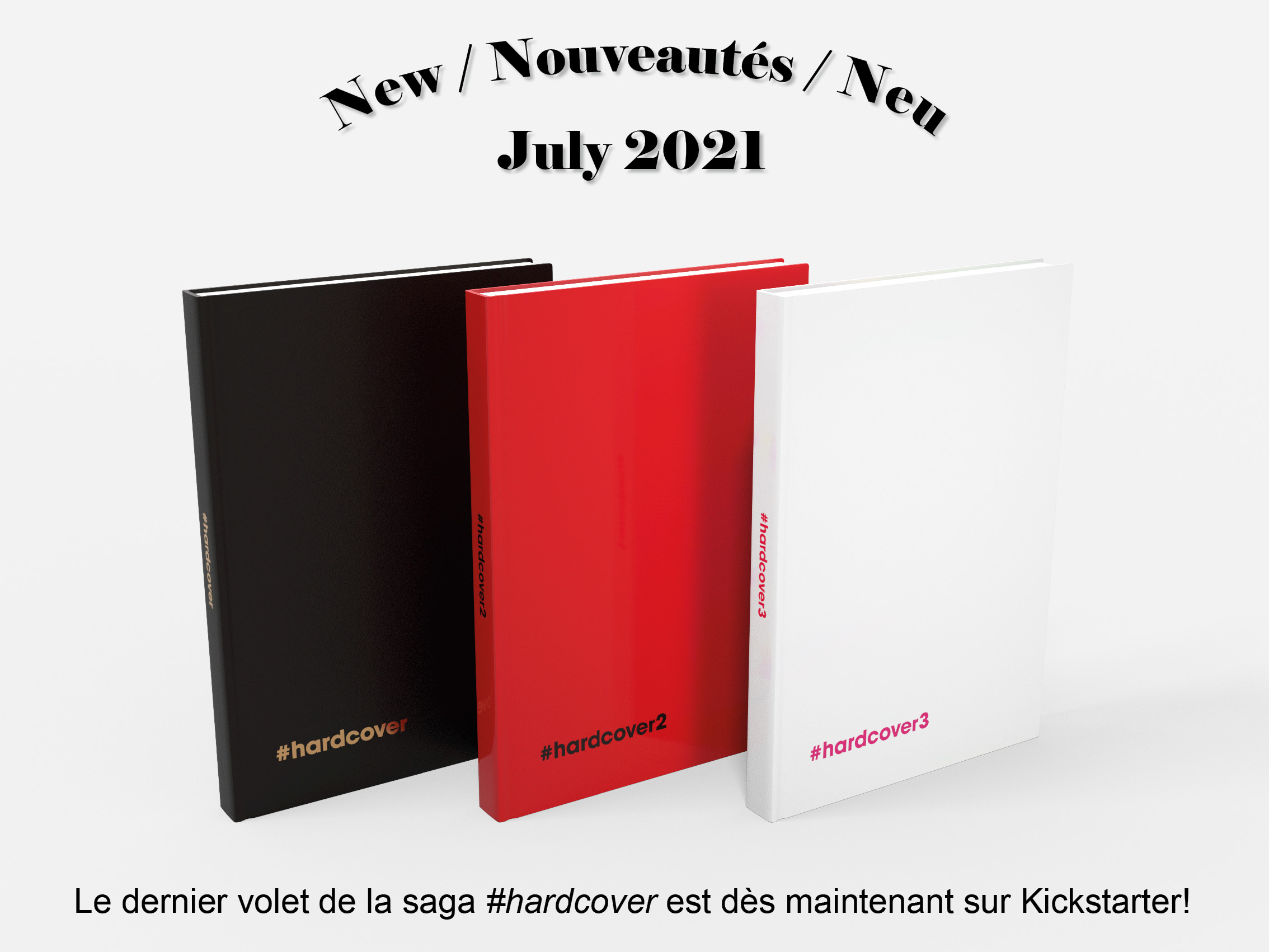 Now that summer is officially here and holidays are on their way, we strongly feel like buying books, don't you?  To help you deal with this very concerning issue, we have a few of our own to recommend! It's finally here! We're obviously talking about the latest of the #hardcover saga. Just like its predecessors, you can find it on Kickstarter. We highly suggest you go check it out! ;) Another great news we can share with you is that Ce qui reste du voyage by Jörg Asselborn is finally out in French bookstores! Unfortunately, the first print run is already out of stock on our online shop so we can only suggest you race to the closest store! If you're fast enough, you might be lucky and get your hands on a 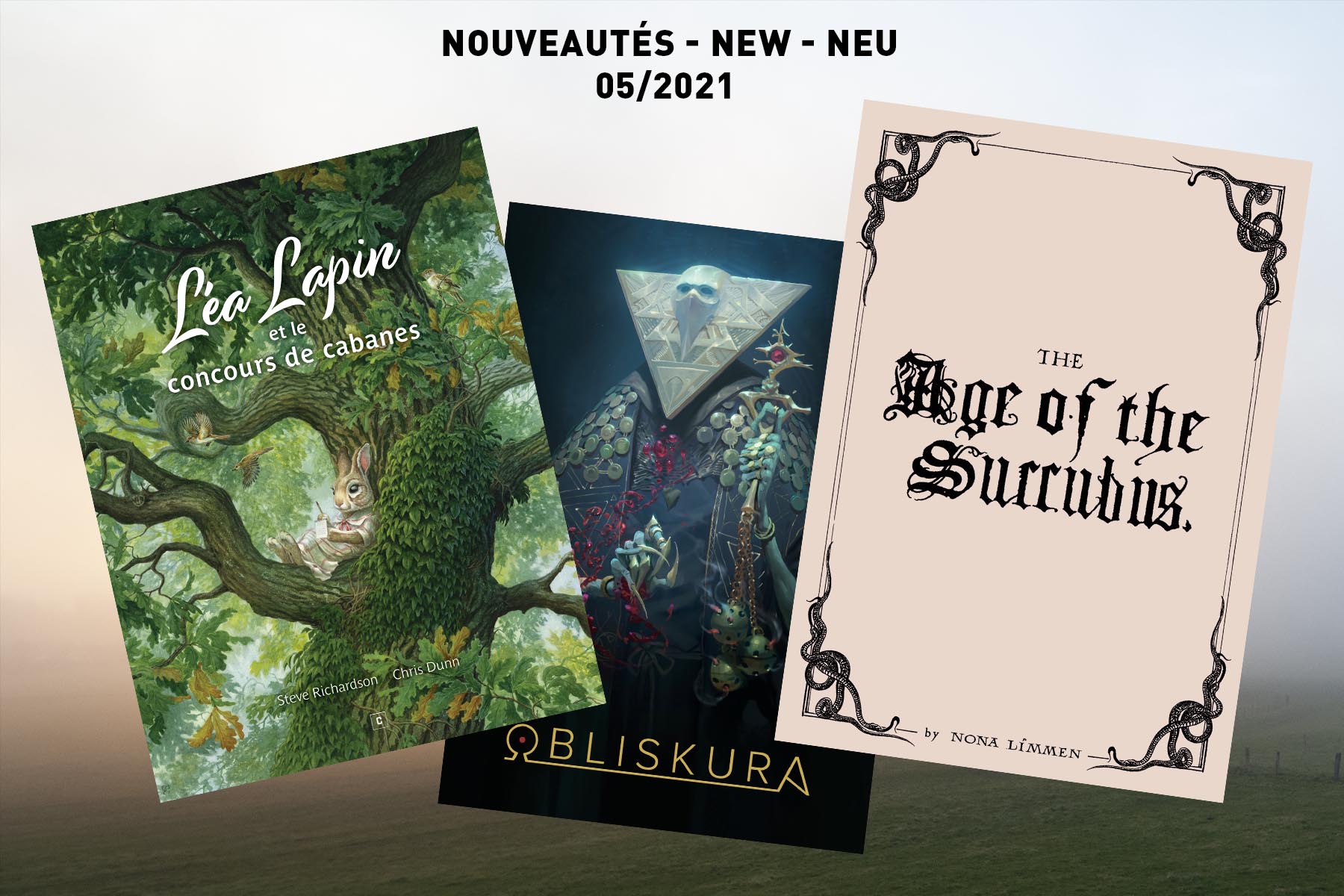 STRASBOOK STATION FESTIVAL!Show must go on for the Caurette Editions and for you too!It continues to do so this very weekend with a book festival in the center of Strasbourg (France).If you're from around here, come and meet us the 13 and 14th of February at theTandem Hotel (2 place de la gare 67000 Strasbourg).We'll be waiting for you with our friends and artists:Frédéric Pillot will dedicate Bablbuzar, le pirate aux oiseauxArmel Gaulme will be here with his BESTiary 1.1 (among others)and Olivier Souillé will gladly sign for you his series Azuro.See yaaaa!

BYE 2020 ! What a year! Virus, lock-downs, closed bookshops... But we did not give up and we are still here! The Caurette Team is proud of the beautiful books published in 2020: Endzone by Cromwell  -  Los Angeles by Sylvain Despretz  -  Kirbysphère by Xavier Fournier  -  Bizarro T02 by Dan Piraro  -  Speedbump T02 by Dave Coverly Pierre Christin - Le grand rénovateur du récit en bande dessinée with dBD magazine -  Petzi et le cochon volant by Thierry Capezzone - Per Sanderhage - from Hansen  -  La Monographie by Julien Delval  -  Aphos by Andrew Mar  -  Decade by Even Mehl Amundsen New year, new books! This week, will be published, in France: Muse by James Martin on Jan. 06th BESTiary 1.1 by Armel Gaulme on Jan. 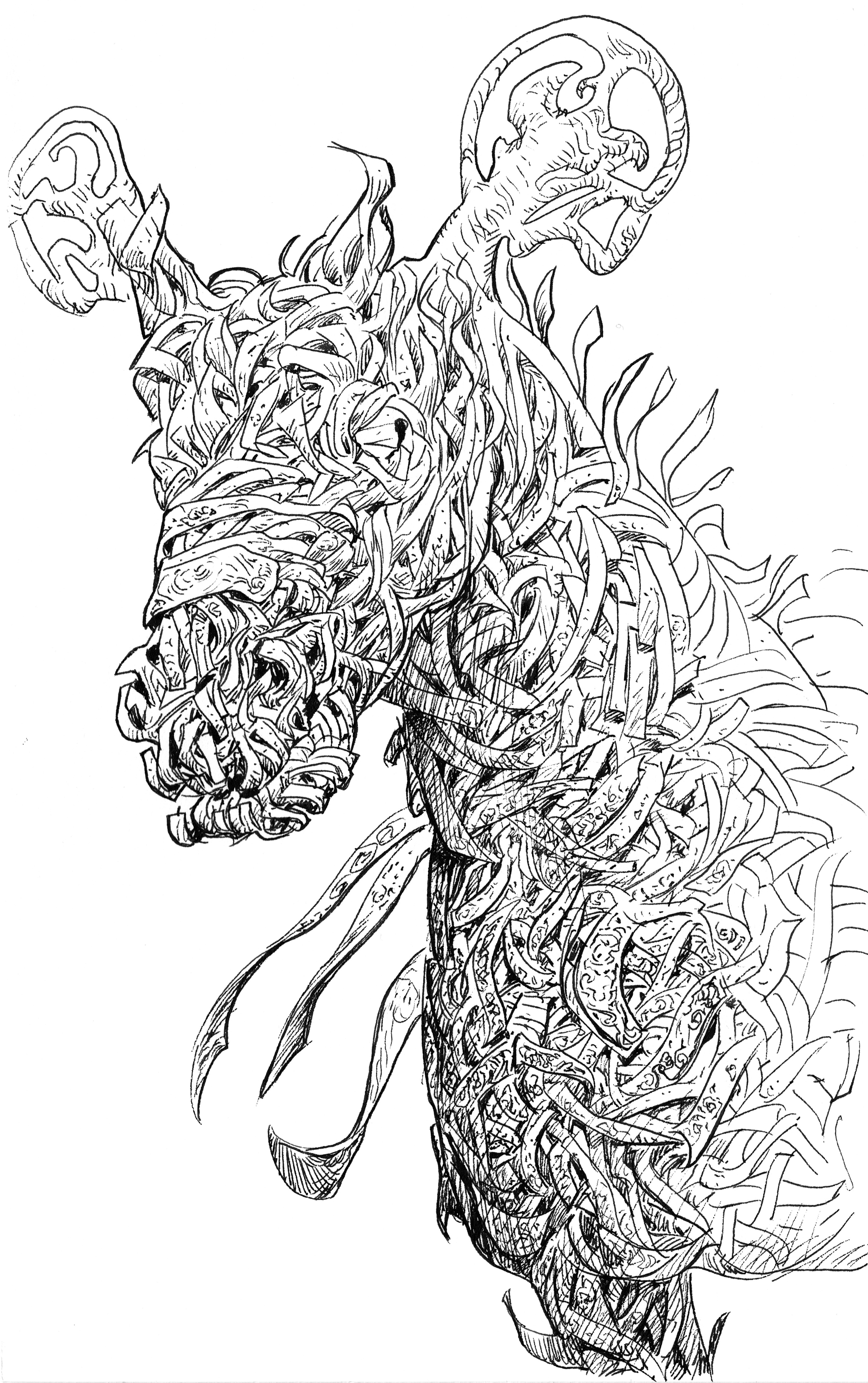 It is proving to be an exciting year for the team at Caurette. Last December we signed a deal with Turnaround UK to distribute our titles to stores and libraries around the UK and Ireland. Since then, despite our relative anonymity across the channel, British and Irish fans of illustration have gradually started to discover our roster of world-renowned author-artists. Sales and pre-orders have been growing consistently since January – and long may it continue! However, like something out of Jaouen Salaun’s Dreambook, there is a troubling vision looming on the horizon: Brexit. In fact, right after we began exporting books to the UK, our carrier announced that in order to deal with the extra paperwork associated with the UK leaving the EU they would be increasing their fees with immediate effect. They also warned us that shipping 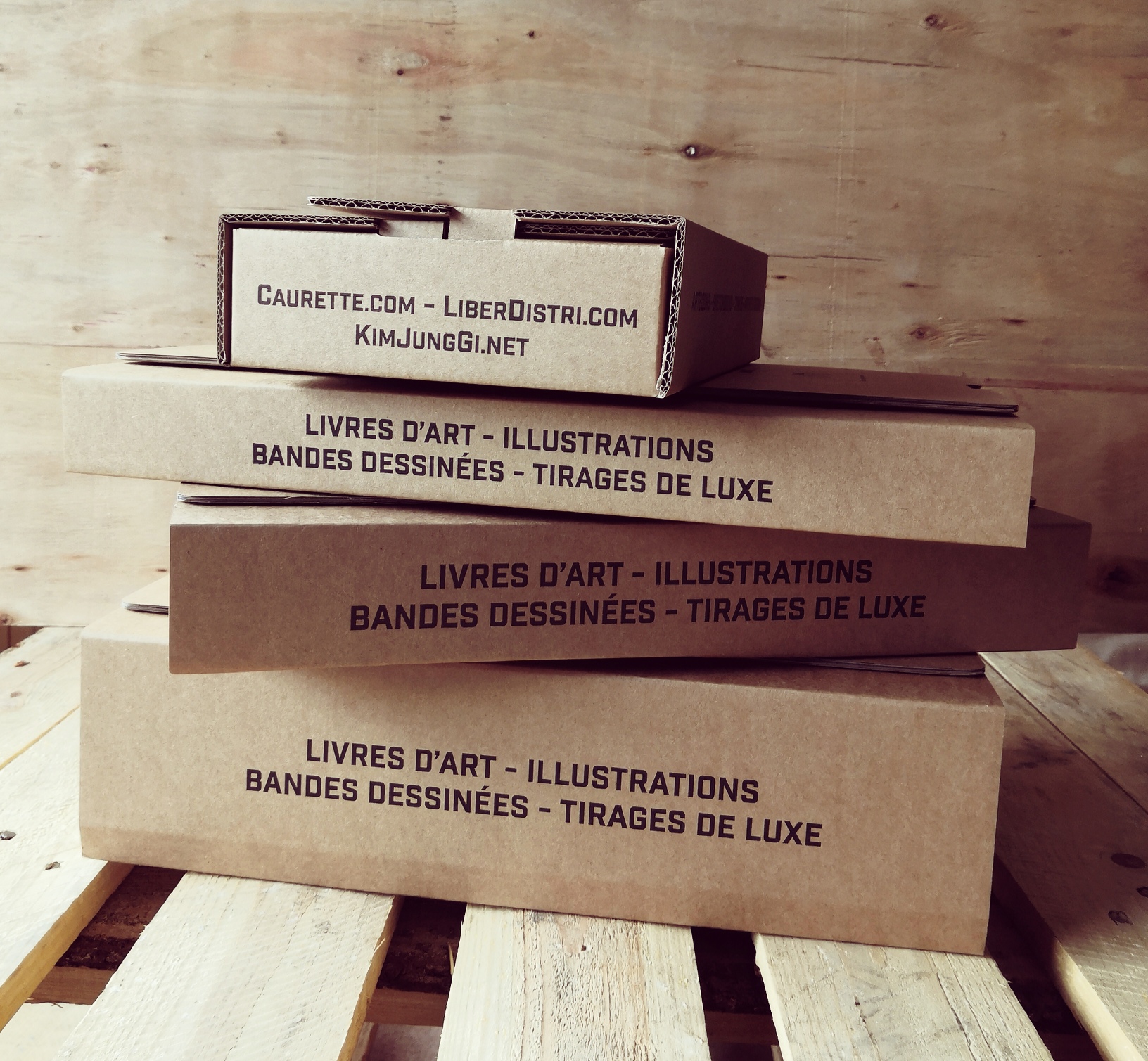 Today, on this beautiful Monday of July, we receive our BRAND NEW PACKAGING CARTONS to send you books safely... and we are very proud of it! Because there is nothing worse than receiving a parcel cut in all directions and our goal is not to sell puzzles, the packaging is reinforced and doubled on all sides. With this, they can travel on the backs of Jesper’s dragons, ride on Karl’s bikes or cross the dangerous lands of Armel, nothing frightens them! Want to try? Order! Because nothing beats a good tutorial, discover the backstages of the best cardboard folding in the Caurette style!